When they asked the nation’s trial lawyers: ‘What’s your favorite legal thriller?’ there was a surprise.

To have Taming the Telomeres mentioned in a favorite legal thriller list with Greg Iles and Truman Capote, well, is pretty humbling and amazing.  Thank you Wayne Parsons of Hawaii! 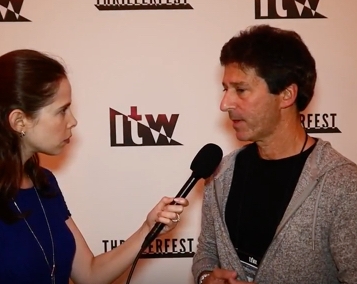 Taming the Telomeres won the Gold Award in the Reader’s Favorite 2015 Literary Award Contest for suspense thriller, and later, during May 2016,  the novel held the #1 thriller position on Amazon for suspense thriller ebook.  The author is working on a follow along sequel to the novel, and re-posts a sneak preview of the Prologue chapter for the forthcoming novel, tentatively titled Targeting the Telomeres.

Lying on the cramped, lower bunk of the sleeper car, she feels with her fingertips along the thin foam-rubber pad masquerading as a mattress. There it is. She tugs on the lower portion of her backpack hiding the loaded pistol with the customized silencer, nestling what constitutes all her belongings in the crook of her right arm.

She thinks, all I wanted was to get some of my memory back from before the crash. Not this.

The bullet train hurtling northbound towards Beijing at 180 miles per hour suddenly lurches, causing a metallic screech that soon fades.

Amanda thinks for a moment about a family photo. Of her dad, her, and her mom, sitting on the front porch of the house they lived in before the crash. The one she hopes to recall, that her Uncle Andy showed her. She mentally photoshops her baby brother Justin in too. Nothing can stop fantasies no one else can see.

If my plan fails, I won’t have to worry anymore, Amanda decides. Because I’ll be dead.